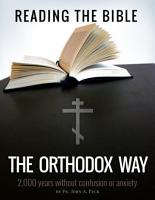 Using a method taught by an Orthodox Christian priest for almost 20 years, you'll learn the easy way, the right way, how to read the Bible according to the 2000 year practice of the Orthodox Church. Now, using this simple method you'll learn the best way to put this important discipline to use for maximum spiritual benefit. 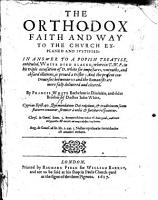 Outlines the fundamental differences between Orthodoxy and Protestantism. Written with a broad vision of the historic church; includes instruction to help believers to embrace the fullness of the Christian faith.

This is a book for those struggling to establish an effective life of prayer. Written neither for seasoned monastic nor lofty scholar, "A Beginner's Guide to Prayer" speaks to the average man or woman on the street who desires a deeper relationship with God but is unsure how or where to begin. Drawing from nearly 2000 years of Orthodox spiritual wisdom, the author offers warm, practical, pastoral advice whose genius is to be found in its homespun simplicity and straightforwardness of style. If you've been desiring to make prayer a meaningful and regular part of your life, this book will help set you on your way. But be careful! Prayer can be habit forming! In fact, the advice offered in this book may just change the course of the rest of your life. So, in the words of the author, "What are you waiting for? Start to pray!"

To many in the West, Orthodoxy remains shrouded in mystery, an exotic and foreign religion that survived in the East following the Great Schism of 1054 that split the Christian world into two camps--Catholic and Orthodox. However, as the second largest Christian denomination, Orthodox Christianity is anything but foreign to the nearly 300 million worshippers who practice it. For them, Orthodoxy is a living, breathing reality; a way of being Christian ultimately rooted in the person of Jesus and the experience of the early Church. Whether they are Greek, Russian, or American, Orthodox Christians are united by a common tradition and faith that binds them together despite differences in culture. True, the road has not always been smooth -- Orthodox history is littered with tales of schisms and divisions, of persecutions and martyrdom, from the Sack of Constantinople, capital of the Byzantine Empire and seat of the Ecumenical Patriarch, to the experience of the Russian Orthodox Church under the Soviet Union. Still, today Orthodoxy remains a vibrant part of the religious landscape, not only in those lands where it has made its historic home (Greece, Russia, the Middle East, and Eastern Europe), but also increasingly in the West. Orthodox Christianity: A Very Short Introduction explores the enduring role of this religion, and the history, beliefs, and practices that have shaped it. ABOUT THE SERIES: The Very Short Introductions series from Oxford University Press contains hundreds of titles in almost every subject area. These pocket-sized books are the perfect way to get ahead in a new subject quickly. Our expert authors combine facts, analysis, perspective, new ideas, and enthusiasm to make interesting and challenging topics highly readable.