Slocum heads into a gold mine—and it’s going to be a blast… In the past few days, Slocum has been framed—then jailed—for murdering a bar owner. He’s been freed—then seduced—by a mystery woman. Broke and on the run, he’s hired at the Shady Lady Mine, where men who enter have a way of not making it out alive… Now Slocum’s trapped: if he tries to escape, he’ll be shot. If he stays, he could be killed by the foreman’s itchy dynamite finger. That is, until a cocky kid arrives—with a new dynamite potion, a naughty sister, and a slight chance for Slocum’s escape…

Established in the 1940s by the legendary Stu Hart, Stampede Wrestling was a founding wrestling company that was highly influential. This dramatic account follows Stampedes blood-on-the-mat saga of more than 50 years, from its grassroots beginnings in Calgary to its rise and bitter fall. Despite hosting some of the biggest names in the sport and developing many modern day wrestling staples, such as ladder matches, the emergence in the 1980s of the wildly popular WWE ultimately doomed the Stampede league to closure. The Hart family crumbled along with the league, with son Owen dying in the ring and other members torn apart by begrudging feuds and internal strife. Full of violence, sex, and drugs, this is a gripping tale of the birth of professional wrestling. 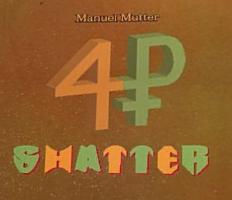 The professional wrestler shares his life story, career highlights, and experiences growing up in a wrestling family.

A walk-through wrestling history, starting with the founding fathers such as Ed “Strangler” Lewis and the incomparable Lou Thesz, to modern-day masters such as Daniel Bryan and Kurt Angle. The Wrestlers’ Wrestlers spotlights elite performers and analyzes exactly what made them your favorite wrestler’s favorite wrestlers. Authors Dan Murphy and Brian Young interviewed more than 40 in-ring veterans, historians, referees, and promoters to get a unique insider’s look at the people who have made a lasting impact on the world of professional wrestling. It offers a special peek “behind the curtain” and a rare look into the top stars’ thoughts on their peers, their influences, and their personal favorites. The Wrestlers’ Wrestlers is a history of professional wrestling but also a tribute to the frequently misunderstood art itself. Featuring stars of the 1920s to today, this essential read deserves a prominent spot on the bookcase of every fan and historian. 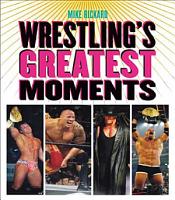 A combination of the most memorable and controversial moments in wrestling's history, this guidebook is an insightful and essential compendium of groundbreaking matches, angles, and interviews. Tackling such events as Hulkamania and the Montreal screwjob, the NWA and the nWo, this reference highlights the moments that thrilled. Whether it is Ric Flair regaining the NWA Championship from Harley Race at Starcade, the Freebirds turning heel on Kerry Von Erich, Mick Foley flying off of the cage at King of the Ring, Jake Roberts DDT-ing Ricky Steamboat on the concrete, Samoa Joes epic trilogy with CM Punk in Ring of Honor, or the premiere of Nitro, the events captured as these greatest hits will delight fans. Enthralling insider informationincluding comments from the wrestlers involved in these momentsand different historical perspectives create an authoritative look at the extravagance, exploits, tragedies, and triumphs of this sport of kings. 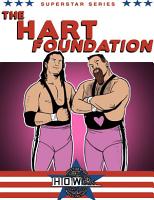 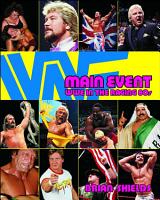 Every saturday night in the eighties fans would gather around their television to watch, not Saturday Night Live, but Saturday Night The Main Event. WWE wrestling beat the ratings for the most talked about show on television week after week. Here is that era captured. “Introducing your champion, from Venice Beach, California, at three hundred and three pounds—Hulk Hogan! And his challenger . . .” Hearing those words ring out across the arena meant you were there. It didn't matter if you were there in person, or watching on television or closed circuit. You were in the place where everyone wanted to be. You could feel the crowd; as the tension built, you were swept up and into the action. You knew you were going to witness history. You were experiencing the main event at a live WWE show. It seemed that wrestling had changed overnight, that the men who entered the squared circle were suddenly larger than life. Everyone wanted to see the behemoth Hulk Hogan wrestle. And the men who wrestled with and against him were his equals in creating a match and a character that no one would soon forget: Andre the Giant, "Rowdy" Roddy Piper, Jesse "The Body" Ventura, Jake "the Snake" Roberts, Sgt. Slaughter. They all kept you pinned to your seat as they were pinning their opponents to the mat. You just knew that you were going to see things that no one had ever seen before. The eighties was the era that cemented WWE as the place where the best wrestlers on the planet worked. Main Event -- WWE in the Raging 80s dips into those years and reveals the most celebrated wrestlers and the matches that will be recalled as not just the best of the eighties but the best of the ages.

Owen's wife Martha, tells the story of their life together from the days as high school sweethearts, through Owen's rise to fame in the WWF.