The definitive resource for internal auditing.

Lawrence Sawyer is known as The Father of Modern Internal Auditing. He was active in the Institute of Internal Auditors as a member for forty-five years serving as chapter president, and on the local board of governors. At the national level he served as chair of the International Research Committee, and as a member of the professional standards subcommittee. Other national appointments included Director-at-Large and member of the Board of Regents. Sawyer has given more than 100 speeches, conducted 186 seminars, authored or coauthored 11 books, two video series, and over 40 journal articles on internal auditing. His book Sawyer's Internal Auditing is a top selling college textbook as well as the reference source for practitioners. Sawyer won the IIA's annual Thurston Award for writing excellence four times and the Outstanding Contributor three times for his articles. Other awards for his contributions include the Bradford Cadmus Memorial Award, the Victor Z. Brink Award, and the Lifetime Achievement Award. A series of articles was published in the 1970's called "The Grandfather Dialogues". Each article consisted of a conversation between a grandfather and grandson about internal auditing. They were later published as a book entitled Modern Internal Auditing: What's it all about? The Grandfather Dialogues. Sawyer's other writings are categorized by subject as relating to the practice, politics, philosophy, and the profession of internal auditing. The writings are summarized and analyzed for consistency. Inconsistencies are explained by changes in the environment or the profession. Comparison to an internal auditing professional timeline indicated that Sawyer's ideas were rarely original or new. He wrote about topics that were being practiced by the leaders in the profession at the time. Sawyer provided expanded coverage of topics that brought information together from other sources into one useful resource, his book. Many of his writings are still relevant to today's internal auditing profession including internal control and fraud prevention. 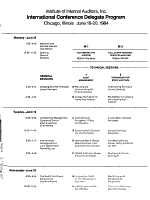 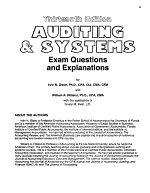 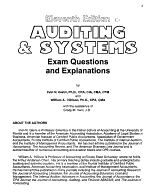