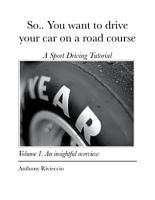 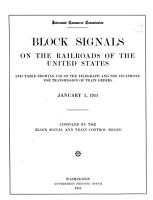 Anyone interested in the rise of American corporate capitalism should look to the streets of Baltimore. There, in 1827, citizens launched a bold new venture: a “rail-road” that would link their city with the fertile Ohio River Valley. They dubbed this company the Baltimore & Ohio Railroad (B&O), and they conceived of it as a public undertaking—an urban improvement, albeit one that would stretch hundreds of miles beyond the city limits. Steam City tells the story of corporate capitalism starting from the street and moving outward, looking at how the rise of the railroad altered the fabric of everyday life in the United States. The B&O’s founders believed that their new line would remap American economic geography, but no one imagined that the railroad would also dramatically reshape the spaces of its terminal city. As railroad executives wrangled with city officials over their use of urban space, they formulated new ideas about the boundaries between public good and private profit. Ultimately, they reinvented the B&O as a private enterprise, unmoored to its home city. This bold reconception had implications not only for the people of Baltimore, but for the railroad industry as a whole. As David Schley shows here, privatizing the B&O helped set the stage for the rise of the corporation as a major force in the post-Civil War economy. ​Steam City examines how the birth and spread of the American railroad—which brought rapid communications, fossil fuels, and new modes of corporate organization to the city—changed how people worked, where they lived, even how they crossed the street. As Schley makes clear, we still live with the consequences of this spatial and economic order today. 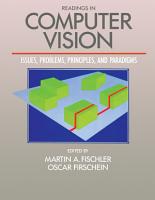 The field of computer vision combines techniques from physics, mathematics, psychology, artificial intelligence, and computer science to examine how machines might construct meaningful descriptions of their surrounding environment. The editors of this volume, prominent researchers and leaders of the SRI International AI Center Perception Group, have selected sixty papers, most published since 1980, with the viewpoint that computer vision is concerned with solving seven basic problems: Reconstructing 3D scenes from 2D images Decomposing images into their component parts Recognizing and assigning labels to scene objects Deducing and describing relations among scene objects Determining the nature of computer architectures that can support the visual function Representing abstractions in the world of computer memory Matching stored descriptions to image representation Each chapter of this volume addresses one of these problems through an introductory discussion, which identifies major ideas and summarizes approaches, and through reprints of key research papers. Two appendices on crucial assumptions in image interpretation and on parallel architectures for vision applications, a glossary of technical terms, and a comprehensive bibliography and index complete the volume.

American Motorcyclist magazine, the official journal of the American Motorcyclist Associaton, tells the stories of the people who make motorcycling the sport that it is. It's available monthly to AMA members. Become a part of the largest, most diverse and most enthusiastic group of riders in the country by visiting our website or calling 800-AMA-JOIN.