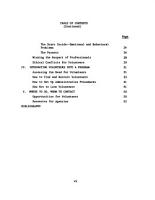 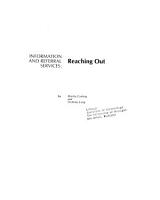 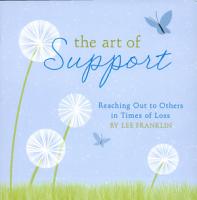 Reaching out to others in times of loss.

“This sequel to Breaking Through and The Circuit again brings to the forefront the daily trials of poor immigrant families . . . compelling and honest.”—School Library Journal From the perspective of the young adult he was then, Francisco Jiménez describes the challenges he faced in his efforts to continue his education. During his college years, the very family solidarity that allowed Francisco to survive as a child is tested. Not only must he leave his family behind when he goes to Santa Clara University, but while Francisco is there, his father abandons the family and returns to Mexico. This is the story of how Francisco coped with poverty, with his guilt over leaving his family financially strapped, with his self-doubt about succeeding academically, and with separation. Once again his telling is honest, true, and inspiring A Smithsonian Magazine Best Book of the Year “Rooted in the past, Jiménez’s story is also about the continuing struggle to make it in America, not only for immigrant kids but also for those in poor families. Never melodramatic or self-important, the spare episodes will draw readers with the quiet daily detail of work, anger, sorrow, and hope.”—Booklist (starred review) “In this eloquent, transfixing account, Jiménez again achieves a masterful addition to the literature of the memoir.”—Smithsonian Magazine “No one who reads these life stories will forget them. Jiménez reaches out to let us walk in his shoes, feel his pain and pride, joy and sorrow, regrets and hope.”—Sacramento Bee

This book presents a fresh look at the powerful role hope plays in restoring lost and broken people. It provides the reader with practical ways to overcome fear in reaching out to a dying world.

Seeking to help local churches think more thoroughly about worship and culture so that they can function effectively in contemporary society, Dawn roots her discussion of worship issues in a careful assessment of significant aspects of the present technological, postmodern society and names criteria by which to judge various cultural influences. She also sketches the essential attributes of true worship - worship that keeps God at the center, builds believers' character, and upbuilds the community. In the process, Dawn discusses music, preaching, Scripture readings, rituals, liturgies, art, and all the accoutrements of worship, and offers practical suggestions for choosing the best tools and forms to deepen worship life, to nurture faith development, and to increase believers' outreach throughout the church and to the world.

This title makes a substantial contribution to our understanding of the many risks and vulnerability faced by orphans and the ameliorating role played by the actions of governments and donors.

You probably don’t think of yourself as an evangelist.Most Christians would rather leave evangelism to a select few with "special talent" for outreach. But when Christ gave the command to spread the Gospel, He gave it to us all. Because He knew we'd each have something unique to offer as His witnesses to the world. In Reaching Out, Bill Hybels helps you develop your own evangelism style—one that fits your personality like a glove. You'll discover the meaning and importance of sharing your faith and learn the motivation and mind-set behind evangelism. You'll also get the solid guidance and seasoned tips you need to put it all into motion successfully. As you walk through this proven, highly effective approach, you'll find your hesitations melting into an enthusiasm for winning lost men and women to Christ.Interactions—a powerful and challenging tool for building deep relationships between you and your group members, and you and God. Interactions is far more than another group Bible study. It's a cutting-edge series designed to help small group participants develop into fully devoted followers of Christ.