Articles on Sikhism and the history of Punjab; festschrift honoring the Sikh historian Ganda Singh, b. 1901. 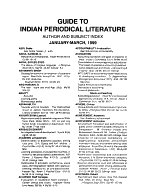 In the last decades of the nineteenth century, urgent and unprecedented demands among oppressed peoples in colonial India drove what came to be called 'mass conversion movements' towards a range of Christian denominations, launching a revolution in South Asia's two thousand-year Christian history. For all the scale, drama, and lasting controversy of a movement that approached half a million members in Punjab alone by the end of the 1930s, much actually depended upon a varied range of tempestuous local relationships between converts and mission personnel, based upon uncertain and constantly evolving terms. Making extensive use of Protestant Evangelical and newly-uncovered Catholic mission sources, Religious Transformation in South Asia explores those relationships to reveal what lay behind the great diversity of social and religious aspirations of converts and mission personnel. In this highly accessible study, Christopher Harding overturns the one-dimensional Christian missions of popular imagination by analysing the way that social class, theological training, culture, motivation, and personality produced an extraordinary range of presentations of 'Christianity' in late colonial Punjab. Punjabi converts themselves were animated by a similarly broad spectrum of expectations and pressures, communicated through informal social networks and representing a brand of subaltern consciousness and resistance rarely considered by mainstream Indian historiography. These internal dynamics produced a first generation of rural Punjabi Christianity that was locally variable, highly fluid, and conflict-ridden-testament to the ways in which the meanings of conversion were contested by all sides in an encounter with far-reaching implications for the future of Christianity and religious identity in India and Pakistan.