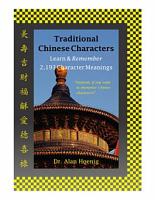 The pioneering memory technique taught in this book removes the major obstacle to learning modern Mandarin Chinese: how to remember the meanings of more than 2,000 of the most common of traditional Chinese characters—enough to read more than 96 percent of the characters in almost any Chinese text. The lessons included here will help to learn new definitions at a breakneck pace, build up new characters using characters already learned, develop memory tricks to associate meanings with these characters, and fix meanings and characters forever in the mind. This unique manual provides a sure-fire way to master the most challenging and intimidating aspect of learning Chinese, vital for any student of the Chinese language.

In recent years, there has been an increasing demand for, and rapid development in, the learning and teaching of Asian languages as a foreign language throughout the world. Many governments recognize that Asian languages are of strategic economic importance, and thus they are now offered as a foreign language by a great number of schools and higher education institutions. This book contains chapters written by different authors from several countries on key issues and problems in the teaching of the Chinese, Russian, Farsi, Japanese and Malaysian languages, and some comparative studies. The contributors here explore future directions in the teaching of Asian languages in the 21st century. The ten chapters of the book have been prepared by the authors using the scholarly papers they presented at the Second International Symposium on Asian Languages and Literatures (ADES), which was held on 3–4 May 2012 at Erciyes University, Kayseri, Turkey, under the title of “Teaching of Asian Languages in the 21st Century”.

Based on ethnographic and policy data collected over a ten-year span at a university in the People’s Republic of China, this book analyses the history of English Language Teaching (ELT) polices in Chinese higher education. The book uses the university as a lens in which to investigate the creative imaginations and divergent (re)appropriations of teaching methods, learning materials, and language use in the Chinese ELT context. Book chapters move beyond mere descriptions of tensions and point to the local understandings and practices of English teachers (both local and foreign) and students. Working together, these teachers and students are constantly articulating new social and political conditions and meanings outside and inside given discourses and traditions of ELT. The book’s main argument is that these multiple stakeholders must be given a more prominent role in shaping policy and curriculum at universities and other English language contexts around the world.

Constructal Theory of Social Dynamics brings together for the first time social scientists and engineers who present predictive theory of social organization, as a conglomerate of mating flows that morph in time to flow more easily. The book offers a new way to look at social phenomena as part of natural phenomena, and examines a new domain of application of engineering such as thermodynamic optimization, thermoeconomics and "design as science".

A unique reference that combines the best features of both dictionary and thesaurus, this revolutionary volume is available in a convenient paperback format perfect for anyone who finds themselves frequently in need of an amplified vocabulary.

This popular introduction to Mandarin Chinese is now accompanied by 2 audio CDs covering each of the ten lessons with a special section devoted to the Pinyin dialect. Each lesson uses dialogues to teach the basics of grammar, vocabulary, everyday speech, and the written language. Exercises reinforce the material covered in the dialogues, and each lesson ends with a 'Cultural Insights' section that offers a deeper view into the Chinese people. Their way of thinking and the constants of their daily life.