The Paradox of Plenty explains why, in the midst of two massive oil booms in the 1970s, oil-exporting governments as different as Venezuela, Iran, Nigeria, Algeria, and Indonesia chose common development paths and suffered similarly disappointing outcomes. Meticulously documented and theoretically innovative, this book illuminates the manifold factors—economic, political, and social—that determine the nature of the oil state, from the coherence of public bureaucracies, to the degree of centralization, to patterns of policy-making. Karl contends that oil countries, while seemingly disparate, are characterized by similar social classes and patterns of collective action. In these countries, dependence on petroleum leads to disproportionate fiscal reliance on petrodollars and public spending, at the expense of statecraft. Oil booms, which create the illusion of prosperity and development, actually destabilize regimes by reinforcing oil-based interests and further weakening state capacity. Karl's incisive investigation unites structural and choice-based approaches by illuminating how decisions of policymakers are embedded in institutions interacting with domestic and international markets. This approach—which Karl dubs "structured contingency"—uses a state's leading sector as the starting point for identifying a range of decision-making choices, and ends by examining the dynamics of the state itself.

This book is intended for those interested in US food habits and diets during the 20th century, American history, American social life and customs.

"Since its founding in 1975, Food First/Institute for Food and Development Policy has been in the forefront of the struggle to end world hunger. Through its research, Food First has shown that there is more than enough food for every man, woman, and child on the planet, but all too often the poor do not have access to that food. The Paradox of Plenty gathers together excerpts from twenty-seven of Food First's best writings to provide an integrated overview of the world food system, how global politics affect hungry people, and the impact of the free market."--BOOK JACKET.Title Summary field provided by Blackwell North America, Inc. All Rights Reserved

That natural resources can be a curse as well as a blessing is almost a truism in political analysis. In many late-developing countries, the "resource curse" theory predicts, the exploitation of valuable resources will not result in stable, prosperous states but rather in their opposite. Petroleum deposits, for example, may generate so much income that rulers will have little need to establish efficient, tax-extracting bureaucracies, leading to shallow, poorly functioning administrations that remain at the mercy of the world market for oil. Alternatively, resources may be geographically concentrated, thereby intensifying regional, ethnic, or other divisive tensions. In Hard Times in the Land of Plenty, Benjamin Smith deciphers the paradox of the resource curse and questions its inevitability through an innovative comparison of the experiences of Iran and Indonesia. These two populous, oil-rich countries saw profoundly different changes in their fortunes in the period 1960–1980. Focusing on the roles of state actors and organized opposition in using oil revenues, Smith finds that the effects of oil wealth on politics and on regime durability vary according to the circumstances under which oil exports became a major part of a country's economy. The presence of natural resources is, he argues, a political opportunity rather than simply a structural variable. Drawing on extensive primary research in Iran and Indonesia and quantitative research on nineteen other oil-rich developing countries, Smith challenges us to reconsider resource wealth in late-developing countries, not as a simple curse or blessing, but instead as a tremendously flexible source of both political resources and potential complications. 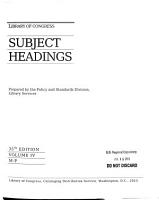