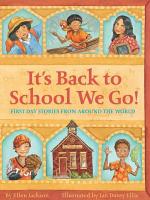 Children from around the world explain the different things they do during their first day of school, in a colorful tale with fact boxes, easy-to-read text, and bright illustrations.

On a scorching, dusty road in south-central Illinois in the late 1930s, Doc finds Cully, eleven, running from his fathers death in the fields. He takes Cully in, as he had taken in other stray creatures, and teaches him the life of a rural veterinarian. Thus the boy gains an understanding that death, a commonplace in natures cycle, reaches animals and people, young and old, by accident or intent. One day a letter from Connecticut, three-months delayed, arrives for the boy Cully from the mother who had abandoned him two years earlier. The letter, an old out-of-tune piano, a curling photograph, and some names buried deep in his vanished youth draw Doc with Cully eastward on the National Road, Cully toward his future and Doc toward his forgotten youth. With quiet, poetic force, the journal-told story emerges like the gradual focusing of an old stereopticon, the two pictures blending to reveal an unsuspected three-dimensional depth as the lost boy searches for his mother and Doc tries to piece together a repressed and catastrophic past. Cully and Docs odyssey of discovery is steeped in knowledge of and love for the land across which they journey. It is a true American myth, yet it reverberates with echoes of the Arthurian legend, of Henry Hudson, of the orphan trains, of traumatic conflagrations, and of the dying rooms where waifs bodies are sold for cash. The dramatic and surprising ending is at once a tearful defeat and a smile-producing victory.

An English village scrambles to prepare for a big anniversary: “If you’ve ever enjoyed a visit to Mitford, you’ll relish a visit to Fairacre.” —Jan Karon Village Centenary welcomes readers back to Miss Read’s cozy English downland village just in time for the hundredth anniversary of Fairacre Shool. Miss Clare, who was a pupil and later a teacher there, points out that such a milestone should be celebrated, and all of Fairacre is quick to offer suggestions—from a tea party to a full-scale pageant. Deciding how best to stage the grand occasion, however, is only one of Miss Read’s problems. The new teacher, Miss Briggs, fresh from college and full of idealistic theories, proves a thorn in Miss Read’s side. Plus: Miriam Quinn is afraid she might have to leave home; the vicar has decided to keep bees; the ancient skylight in the school is leaking; and Mrs. Pringle is her usual dour self. But as the seasons continue to change, the centenary year unfolds—with all its hopes and fears, memories and feuds, and friendships that make the tough times so much easier to bear.

Rainbow Valley, written especially for children and visitors to the West Indies, invites readers to travel to the far-flung hills on one of these enchanting islands. Find yourself a quiet place and, just for a while, take a sneak-peak into the lives of six unsophisticated kids growing up in a place they call Rainbow Valley. Discover, as they did, that despite the challenges life throws our way, the world is still a very beautiful place. 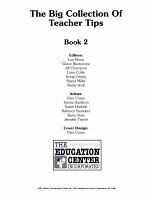 A collection of teacher-tested ideas compiled from the primary, intermediate and pre-K editions of The mailbox magazine.

Self-evaluation is going global. This book describes what happened when teams of school students from across the world embarked on the trip of a lifetime to explore the school lives of their international contemporaries. The students involved in The Learning School project used a variety of tools to evaluate the learning, motivation and self-evaluation abilities of school students in the UK, Sweden, Japan, Germany, the Czech Republic, South Africa and South Korea. From the easy freedom of the Swedish school to the highly structured day in the Czech Republic, this study shows that success and effectiveness in education really is in the eye of the beholder. The results of this study have significant implications for school leaders and managers, policy makers and academics, and all those concerned with school improvement. This lively and accessible book makes intriguing and important reading, raising fundamental questions about how we judge quality and effectiveness in teaching and learning.

Based on the author's 50 years of experience, this book relates a wide variety of down-to-earth, first-hand and often humorous personal encounters with computers. An additional and unique, though by no means secondary, focus is on the shifting attitude toward a female in the male-dominated fields of science and engineering since the 1960's. This story is told from the perspective of one who was there during the modern computer explosion and reveals the human struggles and triumphs of the time. Digital Recall clearly documents the intertwining paths of the modern computer evolution and the author's professional and personal life. At points where the two trails intersect, interesting things happen.

Seventeen contributors make a compelling case for including creativity as part of the music classroom, from kindergarten to teacher training courses. Practical solutions and time tested practices are provided.