Inspired by the video game phenomenon, INJUSTICE: GODS AMONG US YEAR ONE-THE COMPLETE EDITION collects the initial year of the best-selling series in its entirety for the first time! Superman is Earth's greatest hero. But when the Man of Steel can't protect the thing he holds most dear, he decides to stop trying to save the world-and start ruling it. Now, the Last Son of Krypton is enforcing peace on Earth by any means necessary. Only one man stands between Superman and absolute power: Batman. And the Dark Knight will use any method at his disposal to stop his former friend from reshaping the world in his shattered image. Written by Tom Taylor (EARTH 2) with art by Jheremy Raapack (RESIDENT EVIL), Mike S. Miller (A Game of Thrones) and more, this thrilling graphic novel collects INJUSTICE: GODS AMONG US digital chapters 1-36 and in single magazine form as INJUSTICE: GODS AMONG US 1-12 and INJUSTICE: GODS AMONG US ANNUAL 1.

Superman was the Earth’s greatest hero. But he couldn’t protect his home, his wife or his parents from the Joker or untimely death. Now he’s decided that the only route to peace on his adopted planet is to remove anything-and anyone-who instigates conflict. He began by putting a fist through the Joker’s chest, and he hasn’t become any calmer. Meanwhile, Batman believes that no matter what the crime, everyone deserves a fair trial. Now he’s leading a resistance force against his former friend’s authoritarian world government. The Green Lantern Corps have noticed the drastic wrongs being committed in that sector, and are on their way to intervene. But Superman has an important question for them: Why did they allow Krypton to die? As action-packed as the video game phenomenon that inspired it, INJUSTICE: GODS AMONG US: YEAR TWO-THE COMPLETE EDITION tells the story of a world gone mad, and the godlike men and women who seek to set it on the right track in what they think is the best way. Written by Tom Taylor (EARTH 2) with art by Jheremy Raapack (RESIDENT EVIL), Mike S. Miller (A Game of Thrones) and more, this graphic novel collects the second year of the best-selling series in its entirety for the first time.

As action-packed as the video game phenomenon that inspired it, this graphic novel collects the entirety of the third year of the now-legendary INJUSTICE: GODS AMONG US saga that sees Superman and Batman rallying forces against each other! There was a great and terrible war between heroes. On one side, Superman and his Justice League with their allies in the Sinestro Corps, who sought to bring peace through absolute order. On the other side, Batman’s army and the Green Lantern Corps. It ended with Superman, wielding a fear-powered yellow ring, murdering Black Canary while the world looked on. But Batman lived to fight another day...and Batman always has a backup plan. Only one force in the world can hurt a Kryptonian wielding a Sinestro Corps ring—magic. Now, with John Constantine seeking his own revenge against Superman, the sorcerer con man is helping Batman add the greatest magicians in the universe to his growing army. With the most powerful magic users in the universe on their side, Superman shouldn’t stand a chance. And yet...something mysterious is protecting the Justice League. Something that wants to protect Superman’s vision of a world under his control...and something deadly enough to kill some of the most powerful beings in the universe! Written by Tom Taylor and Brian Buccellato, this graphic novel collects the third year of the best-selling series in its entirety for the first time. Collects INJUSTICE: GODS AMONG US: YEAR THREE #1-12 and INJUSTICE: GODS AMONG US: YEAR THREE ANNUAL #1.

Why do heroes fight each other? Why do villains keep trying even though they almost never win? Why don't heroes simply take over the world? Economics and comics may seem to be a world apart. But in the hands of economics professor and comic book hero aficionado Brian O’Roark, the two form a powerful alliance. With brilliant deadpan enthusiasm he shows how the travails of superheroes can explain the building blocks of economics, and how economics explains the mysteries of superhero behavior. Spider-Man's existential doubts revolve around opportunity costs; Wonder Woman doesn't have a sidekick because she has a comparative advantage; game theory sheds light on the battle between Captain America and Iron Man; the Joker keeps committing crimes because of the Peltzman effect; and utility curves help us decide who is the greatest superhero of all. Why Superman Doesn't Take Over the World probes the motivations of our favorite heroes, and reveals that the characters in the comics may have powers we dont, but they are still beholden to the laws of economics.

Superman and Comic Book Brand Continuity traces the development of comic book continuity through the case study of Superman, examining the character’s own evolution across several media, including comics, radio, television, and film. Superman’s relationship with continuity illustrates a key feature of the way in which people in western societies construct stories about themselves. In this respect, the book is a study of narrative and how comic book continuity reflects the way that, in wider western post-enlightenment culture, storytelling shapes the common sense and received wisdoms that influence how we perceive "reality." The scope of the analysis extends from Superman’s creation in the late 1930s to the recent films Man of Steel (2013) and Batman v. Superman: Dawn of Justice (2016), as well as the current comic book reboot Rebirth (2016). 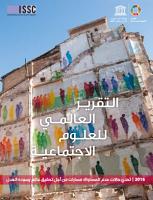 In this New York Times bestselling prequel series to the video game, it's the second year of Superman's tyrannical rule-and it's up to the Green Lantern Corps to topple his regime. In Year One, it was the Insurgency. Now, in Year Two, the Green Lantern Corps takes an interest in stopping this totalitarian regime! Also collects Annual #1, plus never before published behind-the-scenes material.