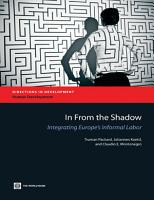 This book is about people in Europe who earn a living working in untaxed markets for goods, services, and labor. As governments face a rapid population ageing, the circumstances that lead people to work and trade in the shadow economy have grown in importance.

Following up the success of the acclaimed movie on C.S. Lewis, Shadowlands, this book is the ideal volume for those who want to know more about Lewis and the writings of this great Christian author. Peter Kreeft, a best-selling author in his own right -- and one who acknowledges a great personal debt to Lewis -- selects and introduces some of Lewis' best-loved works. - Back cover.

“Upon Waking: 58 Voices Speaking Out From the Shadow of Abuse" is the culmination of the Let’s Talk About It! Poetry Project created by Annette Gagliardi and Laura Kozy Lanik and represents the work of 58 poets from around the state and the country and Canada. Whether we have had first hand experiences or not, the subject of abuse shapes the world we are in. It is our hope that the many victims of abuse can find solace within these pages or that their voice is echoed in one or more of these poems. Even if you are not a victim of abuse, these poems help us become more aware of the atrocities, told and untold, that happen daily and make us more empathetic to the long healing process of survivors.

WWW.BWESTONROOK.COM Randy Curtis was a shy backward kid who grew up in the sleepy town of Edgewater. Naturally, the girl who he loved, Lori, didnt feel the same way about him. And of course, he was always the target of schoolyard bullies, particularly Brad Bedford. On the night of graduation, he finally and dramatically taught his tormentors a lesson and revealed his feelings for Lori, and then disappeared with no intentions of ever returning. But years later, when his mothers death is clouded in suspicion, he returns to Edgewater only to find that he not only has to face his past, but also deal with a complex set of new enemies and obstacles. A Shadow From the Past is an earnest novel, deeply felt and worked out with a good deal of honesty and force. Randy Curtis, returning to Edgewater after a mysterious 10-year absence for his mothers funeral is able at last to set his life to rights, reconcile and find true love with Lori, the girl who had abandoned him (and who he in turn had abandoned), and bring to justice the four teenagers who terrorized his helpless mother. But in the process Randy is forced to become something dark, something secret, something that he fears will ultimately be his own demise.

This book examines 13 movies that deal with the protagonist and his projected “other.” The cinematic Other is interpreted as an unconscious personality, a denied part of the protagonist that appears in his life as a shadowy menace who won’t go away. Devoting a chapter to each movie, the book starts with Mamoulian’s Dr. Jekyll and Mr. Hyde and three cinematic pairs: two Hitchcock films, Shadow of a Doubt and Strangers on a Train; two versions of Cape Fear, J. Lee Thompson’s 1962 original and Martin Scorsese’s 1991 remake; and a pair of Clint Eastwood films, In the Line of Fire and Blood Work. The book then examines Something Wild, Sea of Love, Fight Club, Desperately Seeking Susan, Apocalypse Now and The Lives of Others. Overall the book aims to show how movies envision the unconscious Other we all too often project on other people.

The thrilling third installment to the Edgar-nominated, bestselling series Rory and her friends are reeling from a series of sudden and tragic events. While racked with grief, Rory tries to determine if she acted in time to save a member of the squad. If she did, how do you find a ghost? Also, Rory’s classmate Charlotte has been kidnapped by Jane and her nefarious organization. Evidence is uncovered of a forty-year-old cult, ten missing teenagers, and a likely mass murder. Everything indicates that Charlotte’s in danger, and it seems that something much bigger and much more terrible is coming. Time is running out as Rory fights to find her friends and the ghost squad struggles to stop Jane from unleashing her spectral nightmare on the entire city. In the process, they’ll discover the existence of an organization that underpins London itself—and Rory will learn that someone she trusts has been keeping a tremendous secret. 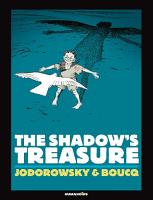 The playful collaboration of two masters of the medium, where the thoughts of one guided the hand of the other. The result is a unique blend of poetry and graphic storytelling.

Music and dance play a central role in the "healing arts" of the Senoi Temiar, a group of hunters and horticulturalists dwelling in the rainforest of peninsular Malaysia. As musicologist and anthropologist, Marina Roseman recorded and transcribed Temiar rituals, while as a member of the community she became a participant and even a patient during the course of her two-year stay. She shows how the sounds and gestures of music and dance acquire a potency that can transform thoughts, emotions, and bodies.

Exposes the global arms trade, revealing the corruption behind a range of weapons deals, both public and illicit, and discusses the impact these trades have on conflicts around the world.

Emerging from the 2011 Workplace Employment Relations Study, this new book provides the most authoritative and comprehensive coverage and analysis of the state of employment relations in Britain.

The epic conclusion to the thrilling Valkyrie duology by New York Times bestselling YA author Amanda Hocking, From the Earth to the Shadows. While dealing with dark revelations about her life and her world, Malin finds herself with new allies--and new enemies. Her quest for the truth leads her to places she never thought possible, and she's never been one to shy away from a fight. But for all her strength and determination, will it be enough to save the world before it's too late?

The international bestseller and modern classic - over 20 million copies sold worldwide 'Shadow is the real deal, a novel full of cheesy splendour and creaking trapdoors, a novel where even the subplots have subplots. One gorgeous read' STEPHEN KING 'An instant classic' DAILY TELEGRAPH The Shadow of the Wind is a stunning literary thriller in which the discovery of a forgotten book leads to a hunt for an elusive author who may or may not still be alive... Hidden in the heart of the old city of Barcelona is the 'Cemetery of Lost Books', a labyrinthine library of obscure and forgotten titles that have long gone out of print. To this library, a man brings his 10-year-old son Daniel one cold morning in 1945. Daniel is allowed to choose one book from the shelves and pulls out 'The Shadow of the Wind' by Julian Carax. But as he grows up, several people seem inordinately interested in his find. Then, one night, as he is wandering the old streets once more, Daniel is approached by a figure who reminds him of a character from the book, a character who turns out to be the devil. This man is tracking down every last copy of Carax's work in order to burn them. What begins as a case of literary curiosity turns into a race to find out the truth behind the life and death of Julian Carax and to save those he left behind... A SUNDAY TIMES bestseller and Richard & Judy book club choice.