A companion volume to the Illustrator's Figure Reference Manual - Hands and Faces this book also aims to provide a useful tool for the artist and illustrator. Each pose is photographed from up to 24 different angles and the 2000 images show figures of both men and women of all ages.

This companion guide to "The Illustrator's Figure Reference Manual" features 2000 photographs of hands and faces in every conceivable pose and position, designed to aid professional illustrators, amateur artists and others requiring models of the human form.;The models featured are male and female, young and old, and each pose is photographed from up to 24 different angles in relation to actions such as eating, applying make-up, shouting, brushing teeth, and taking a photograph. An entire gamut of emotions are depicted, from contentment to rage. Hands are shown carrying out a huge range of actions, from opening a wine bottle and pouring tea to such simple gestures as pointing a finger or shaking a fist. 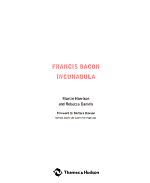 "In 1949 Francis Bacon found his subject - the human body - and from then on it remained his principal theme. But he did not paint from life. Instead he appropriated images from the mass media that he manipulated into his 'studies'. His paintings bore witness to the shattered psychology of the time and shot him to a prominence that hardly diminished over the next fifty years, and that continues to rise." "This book presents many of the 'working documents' about which Bacon was entirely secretive but which, it emerges, were integral to his creative process. Culled from thousands of pieces of original material found in his studio, including newspapers, magazines, books and photographs, these items have each been exhaustively and minutely researched, providing for the first time comprehensive details of the artist's sources. This base material - folded, torn, clipped and spattered with paint - underwent an alchemical transformation frond mundane matter into new images." "Nearly all previously unseen, these visually thrilling documents demonstrate Bacon's tactile, visceral relationship with his sources, and his unerring eye for seeking out visual stimulation in the most unexpected places. His paintings emerged from a dialogue between great art of the past and photographic imagery of the present: and, as a painter of the transient, his work also shared the pulse and flicker of his other significant inspiration, early cinema. His fascination with medium itself - the texture of paint, the quality of newsprint, the techniques of mechanical reproduction of both the still and moving image - throws light on the nature of Bacon's points of contact with the twentieth century."--BOOK JACKET.