From the New York Times–bestselling author of Where Good Ideas Come From and Farsighted, a new look at the power and legacy of great ideas. In this illustrated history, Steven Johnson explores the history of innovation over centuries, tracing facets of modern life (refrigeration, clocks, and eyeglass lenses, to name a few) from their creation by hobbyists, amateurs, and entrepreneurs to their unintended historical consequences. Filled with surprising stories of accidental genius and brilliant mistakes—from the French publisher who invented the phonograph before Edison but forgot to include playback, to the Hollywood movie star who helped invent the technology behind Wi-Fi and Bluetooth—How We Got to Now investigates the secret history behind the everyday objects of contemporary life. In his trademark style, Johnson examines unexpected connections between seemingly unrelated fields: how the invention of air-conditioning enabled the largest migration of human beings in the history of the species—to cities such as Dubai or Phoenix, which would otherwise be virtually uninhabitable; how pendulum clocks helped trigger the industrial revolution; and how clean water made it possible to manufacture computer chips. Accompanied by a major six-part television series on PBS, How We Got to Now is the story of collaborative networks building the modern world, written in the provocative, informative, and engaging style that has earned Johnson fans around the globe.

PLEASE NOTE: This is a summary of the book and NOT the original book. How We Got to Now by Steven Johnson - A 15-minute Summary Inside this Instaread Summary: • Overview of the entire book • Introduction to the important people in the book • Summary and analysis of all the chapters in the book • Key Takeaways of the book • A Reader's Perspective Preview of this summary: Chapter 1 Glass formed in the Libyan desert about twenty-six million years ago when grains of silica became superheated for some unknown reason. People began making ornaments from it about ten thousand years later. Still later, Roman artisans learned to make glass windows and drinking vessels from these early examples of glass. In 1204, Turkish glassmakers migrated to Venice, a major trade hub. The merchants of Venice happily began trading in this new commodity, but the high heat required for glassmaking kept sparking fires in the city. In 1291, the glassmakers were relocated to the island of Murano, where their creative community has thrived due to new levels of competition and shared innovation. Murano glassmakers developed crystal, an extremely clear glass that bends light very precisely. Monks in northern Italy used it to create the first eyeglasses. Other than monks, most people did not read, so there was little demand for glasses until Johannes Gutenberg’s printing press made books accessible in the 1440s. Other innovators began studying the properties of convex pieces of glass. In 1590, a father and son in the Netherlands invented the microscope, which British scientist, Robert Hooke, used in the next century to discover the cell, the building block for life. In 1608, Hans Lippershey patented a lens that magnified what a person was viewing through it. Galileo improved on the Lippershey’s design and, two years later, was using a telescope to challenge the assumption that all heavenly bodies revolved around the Earth. The printed word spread his ideas and helped pave the way for the Renaissance. One hummingbird effect of glass came from a quest to measure things. In 1887, British physicist, Charles Vernon Boys, created a thin fiber of glass to use as a balance arm. The new type of glass, which would come to be called fiberglass, was very strong. Within a hundred years, fiberglass was widely used in insulation, airplanes and computer circuits.

Alternately funny, tragic, and life-affirming, Ben Ellis' HOW WE GOT TO TODAY is a delightful mix of the everyday and the surreal, the romantic and the comic. Perfect for fans of Jill Mansell and Mhairi McFarlane. How can you find love, when you've lost sight of yourself? Sheridan doesn't know what he looks like. There's nothing wrong with his vision, it's just that he's the only person in the world who can't see his own face. Despite this, he has it all going for him - a good job as an optometrist, a nice home, and a wonderful girlfriend. All until Heidi, totally out of the blue, dumps him. And to make matters worse, not only has she broken his heart, but she's disappeared. Distraught, Sheridan begins to search for her, and ends up finding himself along the way. . . This is a story about how sometimes it's the people closest to us that see us the best and, if we lose sight of ourselves, can tell us who we really are.

A short, powerful, illustrated book written by beloved novelist Khaled Hosseini in response to the current refugee crisis, Sea Prayer is composed in the form of a letter, from a father to his son, on the eve of their journey. Watching over his sleeping son, the father reflects on the dangerous sea-crossing that lies before them. It is also a vivid portrait of their life in Homs, Syria, before the war, and of that citys swift transformation from a home into a deadly war zone. Impelled to write this story by the haunting image of young Alan Kurdi, the three-year-old Syrian boy whose body washed upon the beach in Turkey in September 2015, Hosseini hopes to pay tribute to the millions of families, like Kurdis, who have been splintered and forced from home by war and persecution, and he will donate author proceeds from this book to the UNHCR (the UN Refugee Agency) and The Khaled Hosseini Foundation to help fund lifesaving relief efforts to help refugees around the globe. 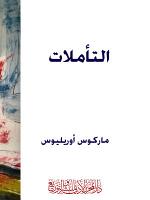