IT’S NOT ABOUT THE DESTINATION, BUT ABOUT THE JOURNEY… And your Journey becomes Memorable not just because of Beautiful Roads, but because of The Company you choose to Travel with...” Hi, I am Armaan (19 years) from Nagpur & I belong to a rich & royal family. In a chapter of Life, I met a companion Mahi (22 years). She is very attractive & beautiful. Soon, I started liking her. Mahi also started liking me. Within a short span of time, life brought us very much closer to each other. And soon that liking started walking on the path of love. BUT something happened that suddenly separated us miles away; within a few moments. What is that something? Then did we meet after that? Welcome to The World 0F Love, where pain is complimentary with pleasure and happiness. Mahi tries very hard to drift away from Armaan. But will Armaan let his first love go away so easily? What will he do to save his first love? Will life separate them, or will their families do? Or will their studies separate them? Or will they be together forever? This story is all about his love, his feelings for his girl, his emotions towards her, and his heart touching efforts he puts in to bring his Girlfriend Back. The company of Girlfriend! is a deeply sensitive story which redefines the teenage College Love…

Life is not just about the good emotions and beautiful memories. It's also about realizing the fact that even if a glass is half empty; you still have half a glass of water to drink. This is one such story where Asifa goes through a roller coaster ride of emotions only to realize at the end about what really matters.

NEW YORK TIMES BESTSELLER • NATIONAL BOOK CRITICS CIRCLE AWARD FINALIST NAMED ONE OF THE TEN BEST BOOKS OF THE YEAR BY MICHIKO KAKUTANI, THE NEW YORK TIMES • NAMED ONE OF THE TEN BEST NONFICTION BOOKS OF THE YEAR BY TIME NAMED ONE OF THE BEST BOOKS OF THE YEAR BY MORE THAN 45 PUBLICATIONS, INCLUDING The New York Times Book Review • The Washington Post • NPR • The New Yorker • San Francisco Chronicle • The Economist • The Atlantic • Newsday • Salon • St. Louis Post-Dispatch • The Guardian • Esquire (UK) • GQ (UK) Little Failure is the all too true story of an immigrant family betting its future on America, as told by a lifelong misfit who finally finds a place for himself in the world through books and words. In 1979, a little boy dragging a ginormous fur hat and an overcoat made from the skin of some Soviet woodland creature steps off the plane at New York’s JFK International Airport and into his new American life. His troubles are just beginning. For the former Igor Shteyngart, coming to the United States from the Soviet Union is like stumbling off a monochromatic cliff and landing in a pool of Technicolor. Careening between his Soviet home life and his American aspirations, he finds himself living in two contradictory worlds, wishing for a real home in one. He becomes so strange to his parents that his mother stops bickering with his father long enough to coin the phrase failurchka—“little failure”—which she applies to her once-promising son. With affection. Mostly. From the terrors of Hebrew School to a crash course in first love to a return visit to the homeland that is no longer home, Gary Shteyngart has crafted a ruthlessly brave and funny memoir of searching for every kind of love—family, romantic, and of the self. BONUS: This edition includes a reading group guide. Praise for Little Failure “Hilarious and moving . . . The army of readers who love Gary Shteyngart is about to get bigger.”—The New York Times Book Review “A memoir for the ages . . . brilliant and unflinching.”—Mary Karr “Dazzling . . . a rich, nuanced memoir . . . It’s an immigrant story, a coming-of-age story, a becoming-a-writer story, and a becoming-a-mensch story, and in all these ways it is, unambivalently, a success.”—Meg Wolitzer, NPR “Literary gold . . . [a] bruisingly funny memoir.”—Vogue “A giant success.”—Entertainment Weekly 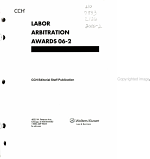 An inspiring and humorous celebration of the special bond of friendship.

A debut that took Great Britain by storm, My Legendary Girlfriend introduced the world to the loveable, lovestruck Will Kelly. It’s been three years since his heartthrob, Agnes, wrecked his life with a chat that started, “It’s like that song. ‘If you love somebody, set him free.’” But no matter how much time goes by, Will doesn’t feel very free. He still makes lists of each birthday present Aggi ever gave him, has gymnastic fantasies about a perfect reunion night with her, dwells on the first words she uttered to him. How long can a person stay down in the dumps after being dumped? And how much longer before Will dumps Martina, the sweet but clingy girl he’s seeing? Will anyone ever measure up to his Legendary Girlfriend? Fresh, endearing, and full of humor, My Legendary Girlfriend tells a story that will ring true for everyone who’s ever tried to mend a broken heart.

This book is a collections of gluten-free recipes from the 2013 year. Originally I was going to make a year's worth of recipes and the following year I would post them to an internet blog. Half way through the year I didn't like that idea anymore, I wanted to go right to the book. I came up with the idea of a 'book blog' which is more or less the same thing as a blog, just in book form rather than on the internet. A glorified Christmas Letter if you will, with recipes to accompany it. I did in the end, try to include as many different types of recipes as I could, with a good mix of breakfasts, lunches, dinners and deserts.