This astonishing story links first-contact encounters in New Guinea with laboratory experiments in Bethesda, Maryland; sorcery with science; cannibalism with compassion; and slow viruses with infectious proteins, reshaping our understanding of what it means to do science.

Whether in popular media or scientific literature, plagues are currently a topic of tremendous interest and anxiety. Through an excellent range of case studies, this volume provides a broad and engaging study of the plague and its effects both historically and today.

Contagion - even today the word conjures up fear of disease and plague and has the power to terrify. The nine essays gathered here examine what pre-modern societies thought about the spread of disease and how it could be controlled: to what extent were concepts familiar to modern epidemiology present? What does the pre-modern terminology tell us about the conceptions of those times? How did medical thought relate to religious and social beliefs? The contributors reveal the complexity of ideas on these subjects, from antiquity through to the early modern world, from China to India, the Middle East, and Europe. Particular topics include attitudes to leprosy in the Old Testament and the medieval West, conceptions of smallpox etiology in China, witchcraft and sorcery as disease agents in ancient India, and the influence of classical Greek medical theory. An important conclusion is that non-medical perceptions are as crucial as medical ones in people's beliefs about disease and the ways in which it can be combatted. Today we may not believe in the power of demons, but the idea that illness is retribution for sin retains great power, as was shown by the popular reaction to the spread of AIDS/HIV, and this is a lesson from the past that the medical profession would do well to heed. 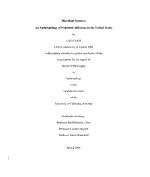 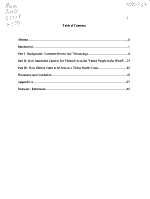