Named one of the best music books of 2017 by The Wall Street Journal A unique and kaleidoscopic look into the life, legacy, and electricity of the pop legend Prince and his wideranging impact on our culture Ben Greenman, New York Times bestselling author, contributing writer to the New Yorker, and owner of thousands of recordings of Prince and Prince-related songs, knows intimately that there has never been a rock star as vibrant, mercurial, willfully contrary, experimental, or prolific as Prince. Uniting a diverse audience while remaining singularly himself, Prince was a tireless artist, a musical virtuoso and chameleon, and a pop-culture prophet who shattered traditional ideas of race and gender, rewrote the rules of identity, and redefined the role of sex in pop music. A polymath in his own right who collaborated with George Clinton and Questlove on their celebrated memoirs, Greenman has been listening to and writing about Prince since the mid-eighties. Here, with the passion of an obsessive fan and the skills of a critic, journalist, and novelist, he mines his encyclopedic knowledge of Prince’s music to tell both his story and the story of the paradigm-shifting ideas that he communicated to his millions of fans around the world. Greenman's take on Prince is the autobiography of a generation and its ideas. Asking a series of questions—not only “Who was Prince?” but “Who wasn’t he?” and “Who are we?”—Dig if You Will the Picture is a fitting tribute to an extraordinary talent.

Ben Greenman's monumental yet intimate book on Prince comes a year after the star's death at the age of 57 in an elevator at the legendary Paisley Park complex. With the release of a string of critically acclaimed albums and a new solo tour, the Minneapolis Genius looked set for a renaissance after a quiet-ish (by his standards) decade or so. And then: the silence, forever. Dig If U Will The Picture is a portrait of The Artist, who was also the artist who will be remembered by many as the brightest, most seductive and enigmatic pop star of his generation. In thematically structured chapters, Ben Greenman anatomizes a career and an aesthetic that at times seemed otherworldly. Drawing on over 40 studio albums, a repertoire of 2,000 plus live shows and close analysis of the unreleased highlights of the Vault, Dig If U Will the Picture is a critical consideration of Prince's art, a testimony to the author's deep and abiding personal connection to the work, and a fitting memorial. 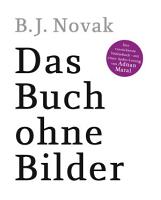