Since the world''s first Codes mankind (or the then rulers) is trying to separate, and then devise a punishment for losing one''s life in someone else''s fault. Even the most famous and best preserved ancient Mesopotamia Code that was found in 1902 in the Iranian city of Susa contains significant parts relating to these offenses. A long way was waiting until today''s modern laws in all their complexity.Homicide offenses range from those related to negligent conduct, as in criminally negligent homicide, to heinous intent murders, like capital murder. One of the highest categories of homicide is felony murder; next to capital murder, most states consider this the most severe degrees of murder. The US federal felony-murder statute requires the government to prove that a murder occurred and then calls for a determination of the degree of the murder for sentencing purposes. The government must prove beyond a reasonable doubt that the defendant acted with "malice aforethought" in order to obtain a conviction. The felony-murder statute is not, however, the only federal statute that seeks to punish a defendant for a felony-related death. These are the questions we are starting our book with. Homicide is the killing of one person by another. Every state has some type of homicide statute, but the concept behind the homicide charge evolved from common law principles. Under common law, homicide is classified in three ways including justifiable homicide, excusable homicide, and criminal homicide. Murder is a homicide crime defined as the intentional killing of one human being by another with malice aforethought. Malice aforethought is a state of mind, or intent, requirement that makes a homicide a murder. It is this state of mind that differentiates murder from other types of criminal homicide like voluntary and involuntary manslaughter.Involuntary manslaughter is defined as the unlawful killing of a human being without malice aforethought. In order to be involuntary manslaughter, the killing must have been unintentional. Different states have different definitions of or requirements for involuntary manslaughterThe phrase "degrees of murder" refers to the intent or severity of a particular murder charge. Some states define their degrees of murder numerically. Common degrees of murder include first degree murder and second degree murder. Other states place specific labels on their murder offenses, such as capital murder, murder, and justifiable homicide. Despite the label of the degree of murder, the idea is to gradually increase the punishment with the degree. The more egregious the killing, or the motive behind a killing, then the higher the degree of punishment for that type of murder charge.The Castle Doctrine is a self-defense theory which gives a homeowner the right to protect his home with the use of deadly force. The Castle Doctrine originally emerged as a common law theory. And the editors felt theneed to mention this doctrine separately.Homicide is a leading cause of childhood death in the developed world, and Most child victims of homicide are killed by a parent or step-parent and what is the role of mental illnes in those cases. This will be dealt with in chapter five. The following chapter will mention the topic of gun violence as an ongoing problem in the United States of America and the relationship between the legal availability of guns and the firearm-related homicide rate.External causes of death comprise a heterogeneous collection of events including the three major categories of suicide, homicide, and accidental death. These causes of death represent a significant proportion of potentially preventable mortality in the United States. Risk factors associated with external causes of death have been limited in the number of covariates investigated and external causes examined in chapter seven.Homicides refer to interpersonal violence. Civilian and military deaths during interstate wars, civil wars and genocides are not counted as homicides. Mid 19th century, technologies that we take for granted today had not yet been discovered or widely used in solving crime. Innovations like fingerprinting, ballistics, hair and fiber analysis, and blood evidence had not yet been developed, and crimes were solved quickly or not at all. We rememeber that time in chapter 9. In chapter 10 we explore whether or not contagion is evident in more high-profile incidents, such as school shootings and mass killings (incidents with four or more people killed).We will contine with the questions of penalty and punishment untill we reach the very end of this edition where we take on the psyhological aspect of pre murderous kindness and postmurder grief of the perpetrator themselves.

This consultation paper reviews the law relating to homicide in England and Wales, and sets out a number of provisional proposals in order to establish a more rational and coherent framework of legislation. Issues discussed include: the existing law and problems with it; the definition of murder and manslaughter; partial defences including provocation, diminished responsibility and duress; the fault element in murder and the concept of intention; and the doctrine of double-effect. The paper proposes the creation of a new Homicide Act (to replace the Homicide Act 1957) to establish clear definitions of murder and the partial defences to it, as well as defining manslaughter, within a graduated system of offences (the ladder principle) to reflect seriousness of offence and degrees of mitigation. For example, the offence of murder should be divided into two categories, of 'first degree murder' (with a mandatory life sentence) and 'second degree' (with a discretionary life sentence maximum). Responses to the consultation paper proposals should be received by 13.04.2006.

FIRST IN A NEW SERIES! Search and rescue expert Gracie Kinkaid risks her life on a daily basis to save strangers. But going up against a coldhearted murderer is one kind of danger she’s not prepared for… As a volunteer for Timber Creek Search and Rescue, missing out on holiday festivities is nothing new to Gracie. After all, disasters don’t stop happening because of a cooked turkey. So when Gracie is called out on Thanksgiving for four hikers missing in the wilderness of Southern California, she packs up her gear and heads out to find them. The mission quickly goes from routine to deadly. An early season blizzard sets in. The one missing person the team does find, famous actor Rob Christian, remembers being attacked by someone else on the trail, someone trying to kill him. And Gracie’s partner leaves to get backup, taking the radio—their only link to the outside world—with him. Alone in the mountains, Gracie will have to use all her expertise to keep Rob alive. But with an unknown killer lurking somewhere in the dark, even that might not be enough to save them… From the Paperback edition.

The third novel in the Women's Murder Club series. One of the best-loved heroines from the Women's Murder Club is about to die. Which one will it be? Detective Lindsay Boxer is jogging along a beautiful San Francisco street as a ferocious blast rips through the neighbourhood. A townhouse owned by an internet magnate explodes into flames, three people die and a sinister note signed 'August Spies' is found at the scene. Soon a wave of violence sweeps through the city - and it seems that whoever is behind it is intent on killing someone every three days. Even more terrifying, the four friends who call themselves the Women's Murder Club discover that the killer has targeted one of them. And Lindsay learns that one member of the club is hiding a secret so dangerous and unbelievable that it could destroy them all. 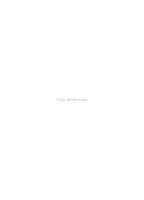 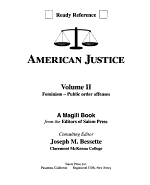 Criminal investigators have a long list of duties. They must identify and secure a crime scene, conduct interviews of witnesses and victims, interrogate suspects, identify and properly collect evidence, and establish and maintain a chain of custody. Once an investigation is underway, the criminal investigator must demonstrate thorough knowledge of