John Follain, who covers Italy for the Sunday Times, tells the definitive inside story of this extraordinary case. Shortly after 12.30pm on 2 November 2007, Italian police were called to the Perugia home of 21-year-old British student Meredith Kercher. They found her body on the floor under a beige quilt. Her throat had been cut. Four days later, the prosecutor jailed Meredith's flatmate American student Amanda Knox, and Raffaele Sollecito, her Italian boyfriend. He also jailed Rudy Guede, an Ivory Coast drifter. Four years later Knox and Sollecito were acquitted amid chaotic scenes in front of the world's media. Uniquely based on four years of reporting and access to the complete case files, Death In Perugia takes readers on a riveting journey behind the scenes of the investigation, as John Follain shares the drama of the trials and appeal hearings he lived through. Including exclusive interviews with Meredith's friends and other key sources, Death in Perugia reveals how the Italian dream turned into a nightmare.

Recounts the highly publicized trial of Amanda Knox, drawing on interviews and complete case files to assess the true story and media sensation surrounding the 2007 murder of her roommate and the arrests of Knox and Raffaele Sollecito. 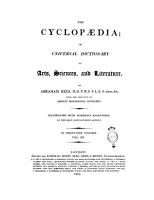 In Paradise, having plunged to the uttermost depths of Hell and climbed the Mount of Purgatory, Dante ascends to Heaven, continuing his soul's search for God, guided by his beloved Beatrice. As he progresses through the spheres of Paradise he grows in understanding, until he finally experiences divine love in the radiant presence of the deity. Examining eternal questions of faith, desire and enlightenment, Dante exercised all his learning and wit, wrath and tenderness in his creation of one of the greatest of all Christian allegories.