Films of the past 15 years have been released in a number of formats and reflect a reconceptualization of film genres, audiences and the impact of technology on adaptation. Focusing on multiple audiences, film adaptation, nationalism, globalism and consumer culture, this collection of new essays explores how children's film can be re-examined alongside recent developments in their production. These analyses consider the effect of multimedia strategies on the child audience, and the opportunities for participation and their pedagogical implications. The essays also address how childhood is embedded within films and linked to various consumer contexts.

This collection merges representations of children and youth in various science fiction texts with childhood studies theories and debates. Set in the past, present, and future, science fiction landscapes and technologies sometimes constrain, but often expand, agentic expression, movement, and collaboration.

Digital practices are forging ahead in leaps and bounds. Examining digital practices in early childhood education, this book seeks to inform the discussion on how digital technologies are best integrated into play-based pedagogy, and demonstrates effective practices that enhance children’s learning and development. With a range of international contributors, perspectives, and case studies, the fusion of play and portable technology is explored through contemporary research.

This edited book focuses on affordances and limitations of e-books for early language and literacy, features and design of e-books for early language and literacy, print versus e-books in early language and literacy development, and uses of and guidelines for how to use e-books in school and home literacy practices. Uniquely, this book includes critical reviews of diverse aspects of e-books (e.g., features) and e-book uses (e.g., independent reading) for early literacy as well as multiple examinations of e-books in home and school contexts using a variety of research methods and/or theoretical frames. The studies of children’s engagement with diverse types of e-books in different social contexts provide readers with a contemporary and comprehensive understanding of this topic. Research has demonstrated that ever-increasing numbers of children use digital devices as part of their daily routine. Yet, despite children’s frequent use of e-books from an early age, there is a limited understanding regarding how those e-books are actually being used at home and school. As more e-books become available, it is important to examine the educational benefits and limitations of different types of e-books for children. So far, studies on the topic have presented inconsistent findings regarding potential benefits and limitations of e-books for early literacy activities (e.g., independent reading, shared reading). The studies in this book aim to fill such gaps in the literature.

Films of the past 15 years have been released in a number of formats and reflect a reconceptualization of film genres, audiences and the impact of technology on adaptation. Focusing on multiple audiences, film adaptation, nationalism, globalism and consumer culture, this collection of new essays explores how children’s film can be re-examined alongside recent developments in their production. These analyses consider the effect of multimedia strategies on the child audience, the opportunities for viewer participation and the pedagogical implications of films for children. The essays also address how childhood is embedded within films and linked to various consumer contexts.

This eclectic, yet comprehensive analytical overview of the cataclysmic changes in the American film industry since 1990 shows how they have collectively resulted in a new era—The Digital Age. * Includes contributed chapters by two esteemed film scholars, Yannis Tzioumakis and Anne H. Petersen * Presents photographs

Choice Outstanding Academic Title 2018 The Wizard of Oz brought many now-iconic tropes into popular culture: the yellow brick road, ruby slippers and Oz. But this book begins with Dorothy and her legacy as an archetypal touchstone in cinema for the child journeying far from home. In There's No Place Like Home, distinguished film scholar Stephanie Hemelryk Donald offers a fresh interpretation of the migrant child as a recurring figure in world cinema. Displaced or placeless children, and the idea of childhood itself, are vehicles to examine migration and cosmopolitanism in films such as Le Ballon Rouge, Little Moth and Le Havre. Surveying fictional and documentary film from the post-war years until today, the author shows how the child is a guide to themes of place, self and being in world cinema.

In For Kids of All Ages, members of the National Society of Film Critics celebrate the wonder of childhood in cinema. In this volume, original essays commissioned especially for this collection stand alongside classic reviews from prominent film critics like Jay Carr and Roger Ebert. Each of the seven sections in this collection takes on a particular aspect of children’s cinema, from animated features to adaptations of beloved novels. The films discussed here range from the early 1890s to the present. The contributors draw on personal connections that make their insights more trenchant and compelling. The essays and reviews in For Kids of All Ages are not just a list of recommendations—though plenty are included—but an illuminating, often personal study of children’s movies, children in movies, and the childish wonder that is the essence of film. Contributors include John Anderson, Sheila Benson, Jay Carr, Justin Chang, Godfrey Cheshire, Morris Dickstein, Roger Ebert, David Fear, Robert Horton, J. R. Jones, Peter Keough, Andy Klein, Nathan Lee, Emanuel Levy, Gerald Peary, Mary Pols, Peter Rainer, Carrie Rickey, Jonathan Rosenbaum, Michael Sragow, David Sterritt, Charles Taylor, Peter Travers, Kenneth Turan, James Verniere, Michael Wilmington, and Stephanie Zacharek. 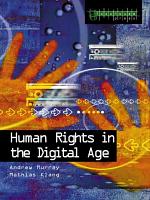 The digital age began in 1939 with the construction of the first digital computer. In the sixty-five years that have followed, the influence of digitisation on our everyday lives has grown steadily and today digital technology has a greater influence on our lives than at any time since its development. This book examines the role played by digital technology in both the exercise and suppression of human rights. The global digital environment has allowed us to reinterpret the concept of universal human rights. Discourse on human rights need no longer be limited by national or cultural boundaries and individuals have the ability to create new forms in which to exercise their rights or even to bypass national limitations to rights. The defence of such rights is meanwhile under constant assault by the newfound ability of states to both suppress and control individual rights through the application of these same digital technologies. This book gathers together an international group of experts working within this rapidly developing area of law and technology and focuses their attantion on the specific interaction between human rights and digital technology. This is the first work to explore the challenges brought about by digital technology to fundamental freedoms such as privacy, freedom of expression, access, assembly and dignity. It is essential reading for anyone who fears digital technology will lead to the 'Big Brother' state.

This volume offers compelling analyses of children and childhood in non-Western films. 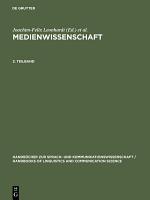 Refocus: The Films of Amy Heckerling is the first book-length study of the work of Amy Heckerling, the phenomenally popular director and screenwriter of Clueless and Fast Times at Ridgemont High. As such, the book constitutes a significant intervention in Film Studies, prompting a reconsideration of the importance of Heckerling both in the development of Teen cinema, and as a figure in Hollywood comedy. As part of the Refocus series, the volume brings together outstanding original essays examining Heckerling's work from a variety of perspectives, including film, television and cultural studies and is destined to be used widely in undergraduate teaching.

Twitter, Facebook, blogging, chat rooms, email, the internet and beyond - for most parents, teachers and youth workers, getting to grips with new technology is a bit of a challenge. But keeping children safe is a much bigger one. As technology changes, and young people grasp it faster than the older generations do, it can be a real struggle to know what to do to help, equip and defend. Dr Bex Lewis is an expert in new technology. She knows how it works, what to do and where to go for the latest information. It is rarely possible to keep young people away from new technology, nor is it wise. This book will enable parents, teachers and youth workers to give young people the equipment they need to get the best out of new technology and to avoid the dangers. For more information visit www.lionhudson.com/drbex

Young children are born into a digital world and it is not unusual to see preschool children intuitively swiping screens and confidently pressing buttons. There is much debate about the impact of the increased access to technology on young children’s health and wellbeing with claims that it damages their social skills and emotional development. This timely new textbook examines how developments in technology, particularly mobile and touch screen technology, have impacted on children’s lives and how when used appropriately it can support all aspects of their development. Clearly linking theory and research to everyday practice, the book offers guidance on: The role of technology in the early years curriculum Developing young children’s understanding of safe and responsible use of technology The role of the adult within digital play activities Using technology to enhance and develop young children’s creativity Technology and language acquisition Featuring a wide range of case studies and examples to show how the ideas described can be put into practice, this is essential reading for all early years students and practitioners that want to know how they can harness technology in a meaningful way to support young children’s learning and development.

From how to deal with cyberbullying to the strange, true stories behind Barbie and G.I. Joe, media insider Bill Ratner takes an inside look at our wired-up world in a fascinating book—part memoir, part parenting guide—for the digital age. Landing his first job in advertising at age fourteen, Ratner learned early that the media doesn't necessarily have our best interests at heart. His career as one of America’s most popular voiceover artists and his life as a parent and educator gives readers a first-hand look at the effects of digital media on children and what you can do about it.